The impossible doesn’t exist: Hervé Barnasse, between alpinism and research 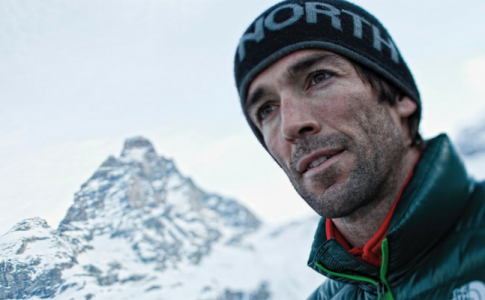 His spectacular adventures on the top of the world, from the summits of his beloved Cervino to Pakistan, China and Patagonia, have made him very famous. Hervé Barmasse, mountaineer but also writer, photographer and director (he debuted in 2015 with the book “La montagna dentro” and filmed the award-winning films “Linea Continua” and “Not so far away”) tells his challenges to the impossible, face to face with its limits, his fear and his friend, the mountain. Because mountaineering is adventure, passion, love, but also difficulty and risk: it’s the courage of man who puts own his life at stake.

But the mountaineer “son of the Cervino” – guest on January 23rd of the NICO, the Institute of Neuroscience of the University of Turin – will also talk about a special challenge, the one with vertebromidollar pathology, won thanks to the progress of neurosurgery, exercise and willpower.

Spinal cord injuries – due to road accidents, sports accidents or accidents at home – are a problem with a dramatic impact on public health, as they cause serious disabilities with serious social, welfare and economic repercussions. “One of the greatest challenges of research is to be able to stimulate the regeneration of injured nerve fibres through innovative experimental therapies“, says prof. Alessandro Vercelli, scientific director of NICO, the Institute of Neuroscience of the Cavalieri Ottolenghi Foundation – University of Turin. ” To face it at best, we decided to join forces, creating a research group that brings together complementary approaches: the clinical approach of the neurosurgeon with that of basic research, developed by developed by NICO’s anatomists and physiologists”.

The new research group will be held by the Rector of the University of Turin and President of the Cavalieri Foundation Ottolenghi Gianmaria Ajani, Vice President of the Paolo Bertolino Foundation and Prof. Giancarlo Panzica, Director of the Department of Neuroscience “Rita Levi Montalcini”. The neurosurgeon Diego Garbossa (Director of the School of Specialization in Neurosurgery at the University of Turin – City of Health and Science of Turin) and the researchers Marina Boido and Annalisa Buffo (NICO – Department of Neuroscience) will explain to the public the transition from the clinical approach to basic research on spinal cord trauma and regeneration in the spinal cord.

On Tuesday 23rd January at 11:00 a. m. at the Aula Magna of the Institute of Anatomy of the University (ground floor – Corso Massimo D’ Azeglio 52, Turin). Free entry until all available seats are available.

Department of Neuroscience, University of Turin