UniTo: deadline for the compilation of the career plan 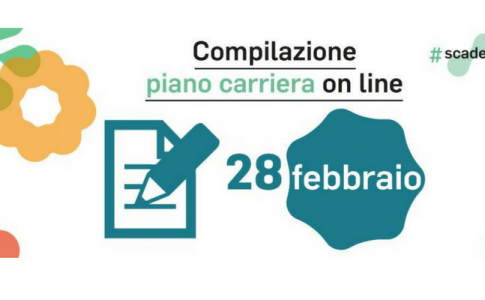 If you are a student of UniTo remember to fill out your career plan online within 28th February 2018!

From 16th April to 18th May 2018 only the career plan can be modified; while the choice of employment can’t be changed anymore.

For more information you can visit the University portal page dedicated to the career plan.

You can also control your university career with Myscenario

UniTo offers its students the Myscenario service, in order to easily see your study plan and be constantly updated about your exam situation. Thanks to an intuitive graphical representation, Myscenario allows you to:

Unito: online the Erasmus announcement for the year 2018-2019

The Erasmus announcement for the year 2018-2019 is online. It is dedicated to all the students that are interested to do, in the year 2018-1019, a period of studies of a minimum of three months and of a maximum of twelve months in another Institute of one of the foreign Countries that has signed a bilateral agreement in the field of the program Erasmus+ with the University of Turin.

The announcement and all the details are available in the dedicated section of the portal of the University.

The Camplus Announcement (residence Lingotto and residence Madama Cristina) about housing for the academic year 2015/2016 has been published.
Camplus, created in 2007 is a network of ten university residences in Bologna, Catania, Milano, Roma and Torino; nowadays more than 800 students from all around Italy and from abroad live there.

In the announcements, attached in the footnote, you can find all the information related to the Camplus residence you are interested in.
To be admitted at Camplus you need to apply for it.
The application form, which can be filled in online only, consists of four main sections which aim at giving a synthetic but complete overview of the student’s general information, education, personal attitudes and family.

The Admission Announcement for Scuola di Studi Superiori Ferdinando Rossi (Università degli Studi di Torino), has been published.
SSST Ferdinando Rossi is an institution of excellence and higher education for University Studies, which offers a solid interdisciplinary training, in order to give a global vision

END_OF_DOCUMENT_TOKEN_TO_BE_REPLACED

0
21 May 2015 / in News / by Michele Covolan
announcementopportunitiestemporaryworkunito

The new announcement for part-time collaborations was published on the website of UniTo, at the page Collaborazioni a tempo parziale. It is addressed to those students who want to offer support to disabled and pupils with learning disabilities .

Here you can consult the announcement.