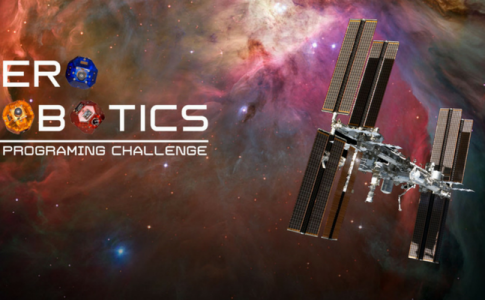 On Thursday, 11 January, the finale of the Zero Robotics came to an end. It is a contest that brought to the Polytechnic of Turin more than 150 students of high schools from eight different European Countries: Italy, Russia Federation, France, Germany, Greece, Poland, Rumania, Great Britain.

One of the two winning teams of this edition, BeachPin1701, is entirely Italian, it is composed of students from ITIS “Pininfarina” of Moncalieri (To), ITIS “Galileo Galilei” of Livorno and “Leonardo da Vinci” High School of Treviso. The team won the first place together with the American team Naughty Prions and Lions.

The students of the High School “Cecioni” of Livorno and the High School “Agnelli” of Turin were also awarded. They won the Virtual Final, the finale of the second category of the championship.

The competition, born in 2009 in the Space System Laboratory of the famous Massachusetts Institute of Technology di Boston (MIT), this year involved almost 70 European Institutes, 100 American Institutes and 50 Australian Institutes, for a total of almost 2000 students.

The finalist students could attend live the last part of the competition that took place on the International Space Station and in video conference with the MIT of Boston and the University of Sydney, where all the students from America and Australia got together to watch the finale.

The finalists competed in the programming of SPHERES (Synchronised Position Hold, Engage, Reorient, Experimental Satellites), space robots of the size of a bowling ball, already used by NASA inside of the Space Station to test instruction cycles, to carry out autonomous rendezvous and docking operations. These machines are also experimentally used for the maintenance and assembly of satellites and for formation flight.

Every team is composed of 5 to 10 students and is coordinated by a teacher of the school, that is a programming expert.

Every year the teams have a mission. This year the students had to deal with the research of primordial life forms (bacteria) on the Encadalus moon of Saturn, drilling samples to bring them to Earth.

At the end of the first phase, the teams were allowed to ally and work together to achieve a more efficient program. The next phase consists of preliminary elimination competition, that only 42 teams passed; the programs of these teams have been directly uploaded for the finale on the robotic spheres present on the Space Station, where the programs of the winning teams have been carried out under the supervision of astronauts.