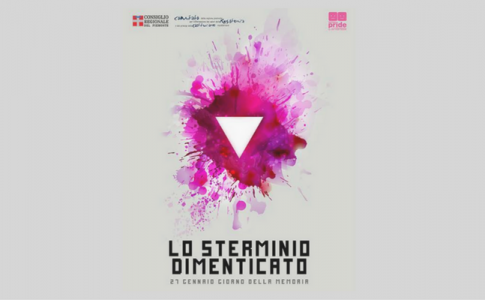 From 18 June 1931, after the publishing of the decree number 773 that authorized “cleaning measures” against all those who threatened the public morals and the public decency, there were almost seventy thousand deaths and other tens of thousands of people were deported to camps where they were imprisoned. These numbers, difficult to estimate, are the ones of the Homocaust, a still hidden page of the Nazi extermination against homosexuals.

Homocaust has been studied very late and much less than other deportations. This is due to the personal difficulties of the people that had to reveal their sexual orientation but, above all, due to the fact that homosexuality was considered a crime.

Even today, in about one-third of the countries in the world, homosexuality is considered a crime, sometimes punishable even with death.

The conference “The forgotten slaughter” of the Homocaust will take place on Wednesday, 24 January.

Lucy will participate in video conference together with some researchers and journalists. Lucy, born Luciano in 1924, is the last Italian survivor of the Homocaust, a “different” teenager of the Fascist Bologna, that was deported to Dachau.

The initiative comes from the collaboration of Coordinamento Torino Pride with the Comitato Resistenza e Costituzione del Consiglio Regionale and the Università degli Studi di Torino.

Here you can find the poster of the event.