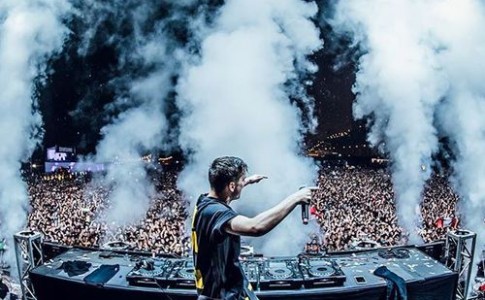 Club to Club, the most important Italian festival of electronic music, returns to Turin for its sixteenth edition. If you want to stay informed about new trends and new pop music, Club to Club is the right occasion.

It will be hosted from Wednesday, November 2 to Sunday, November 6, in the most beautiful places of Turin: from the Reggia di Venaria to Lingotto Fiere, from the Marriott Hotel to Xplosiva in Via Goito.

After the previous successful editions with extraordinary performances by Thom Yorke and Franco Battiato, this year, more than 50 artists, from 15 countries around the world, will meet in Turin to create a unique experience: 20 acts exclusively for Italy, including the amazing dJ set by Nick Murphy (Australian singer, known as Chet Faker, already a guest at Club to Club in 2014), dJ Shadow (one of the key names in the electronic scene), whose set will celebrate the twentieth anniversary of the album Endtroducing…, the Venezuelan producer (who made significant contributions to studio albums of Björk and Kanye West) Arca and Autechre, the British duo of Warp Records.

There will be 14 world premier performances: among these, the place of honor undoubtedly goes to Junun, the project of Jonny Greenwood of Radiohead with the Israeli musician Shye Ben Tzur and the Indian ensemble The Rajasthan Express, headliner on Saturday night, November 5, at Lingotto.

The Grand Opening will be held on November 2, at the Reggia di Venaria, in cooperation with Unsound, another international festival based in Krakow. Many artists will play from 9.30 pm: the Gang of Ducks, Soundsystem, Elysia Crampton, the Chino Amobi, Olivia.

The closure party is entrusted to Dance Salvario: a block party that will take place along the streets and squares of San Salvario district of Turin.

Check out the full program on the official website of Club to Club.