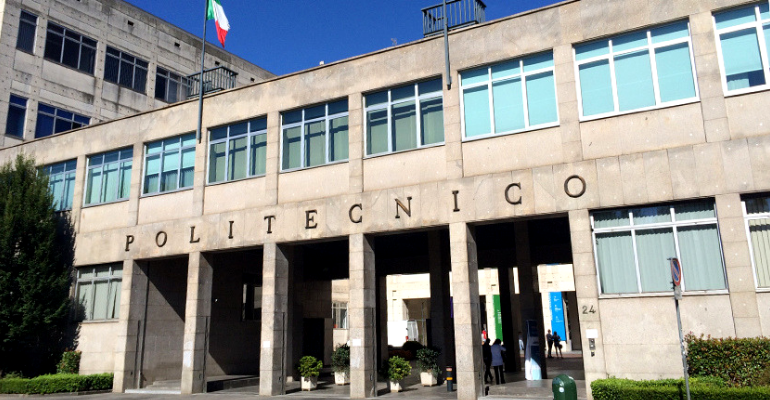 94% is the percentage of the students who find employment within an year after graduation from the Politecnico di Torino. This data was confirmed by the new world Graduate Employability Rankings 2019, by the prestigious British QS Institute. The Politecnico di Torino is once again on the international podium of universities which guarantee job prospects to its graduates.

The ability to ensure that its graduates will find an occupation has always been one of the qualities of the Politecnico di Torino. Yesterday, 11th September 2018, the Politecnico was awarded the bronze medal, ranking third in the world (not far from the Moscow State Institute of International Relations (MGIMO University) and the Politecnico di Milano) according to the Graduate Employment Rate, one of the five indicators of the ranking on the employment of graduates, which this year has analysed 500 universities worldwide.

The criteria followed are: the employer reputation, partnerships with companies, the success of graduates in their careers, the presence of companies in the campus and the rate of employment of graduates within an year from graduation. It’s thanks to this last indicator, calculated as the proportion between the percentage of employment of graduates and the average of the Italian universities taken into account, that the Politecnico di Torino ranked third worldwide.

The Politecnico was also good for another indicator, according to which the university ranks second in Italy: the employer reputation, which assesses the reputation that the university has according to the employer. All in all, taking into account the five indicators and the importance they have in the ranking, the Politecnico of Torino is once again between the 121st and the 130th position and so it is in the first quartile of the best universities in the world.

“These results, which have not changed in the percentage of students employed compared to the ones of last year, show how the education of our students is still highly regarded in the labor market. The third position in the world awards our policies, which are successful despite the choice of the Politecnico di Torino to serve the country by welcoming a lot of young people and keeping taxes low. Italy, in fact, really needs graduates if it wants to remain an advanced country (as OECD has just reminded us). Thanks to the actions arranged to professionalize degrees and by proposing a didactics more and more focused on the student and enriched by the presence of entrepreneurs and professionals, we can improve even more this already impressive result”, said the rector Guido Saracco.