Home/News/U.S.A., Politecnico and SITI together to protect the historic and artistic heritage

U.S.A., Politecnico and SITI together to protect the historic and artistic heritage 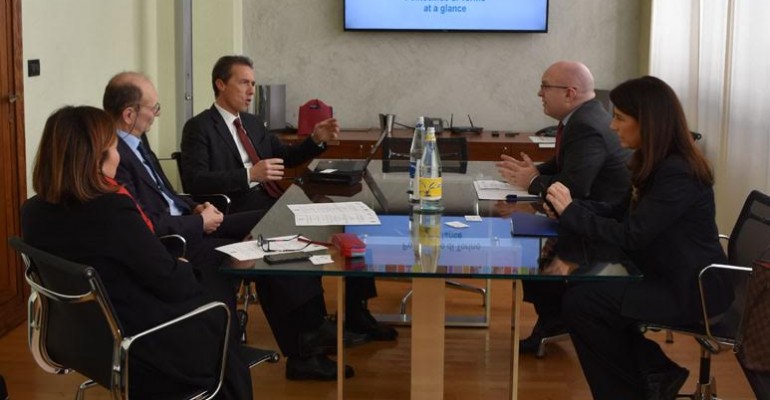 The consul general of the United States, Philip T. Reeker, on February 17th visited Politecnico of Turin and SITI (Institute for the Region and Innovation). He also met Bernardino Chiaia, vice-director for internationalisation and Romano Borchiellini, vicedirector for the logistics and president of SITI.   During this meeting the engineer Sergio Olivero introduced the project X-Team.

The consul looked interested in increasing his knowledge of this initiative, promoted by Politecnico of Turin, University of Ca’ Foscari (Venice), IUAV, SITI and CORILA. This initiative wants to educate some experts in saving of the cultural heritage from attacks or natural events and from the illegal trade of art works.

The main objective is the education of experts ins saving the cultural heritage in critical situations caused by wars or natural disasters, through an approach that makes them able to start development processes, whose aim is to create job places for highly qualified people: in this way they will give all those people who are fleeing now the prospect of “coming back home with dignity”.

The people to educate will be chosen among the students and researchers of countries who are in conflict and among the officials of the cultural system. In particular, they will make an effort also to involve refuges, even those on the edge of country which are in crisis: in fact, they are a real “deposit of competences” that could help rebuilding their home countries.

X-Team will also promote the creation of highly specialised local agencies: through this project they will create a coordination unit in Italy and “Satellite Centres” all around Europe, which will collaborate with local partners, spread the know-how and act in loco through chains of innovative services for the safety, the protection and the management of the cultural heritage, with, as a consequence, more job places for qualified people.