Home/News/TERRA MADRE: “IN 2018 ONE THOUSAND REPRESENTATIVES COMING FROM MANY UNIVERSITIES WILL MEET IN TURIN TO LEARN FROM FARMERS”

TERRA MADRE: “IN 2018 ONE THOUSAND REPRESENTATIVES COMING FROM MANY UNIVERSITIES WILL MEET IN TURIN TO LEARN FROM FARMERS” 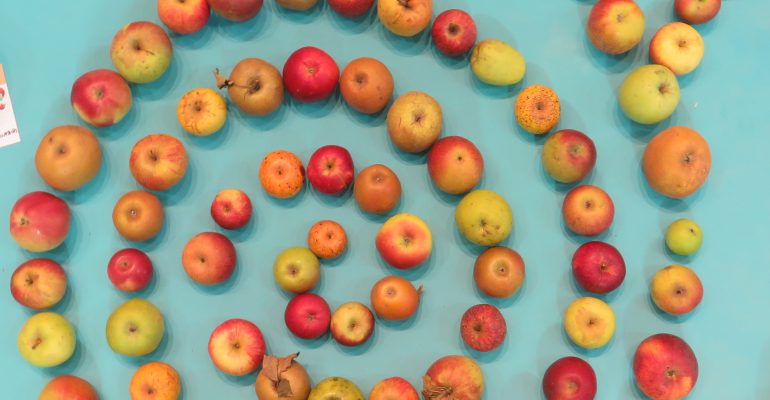 Repubblica.it – One thousand representatives coming from many universities of the world will meet to talk to the farmers of Terra Madre. Carlo Petrini sets the goal for the 2018 Salone del Gusto that will take place in Turin again: “Breeders and farmers have to be acknowledged as teachers and knowledge bearers. We want to open up a dialogue on an equal footing with our 7 thousand representatives and with the professors of one thousand universities from all over the world and we will do it in Terra Madre”, says the founder of Slow Food, who was invited in Chieri to receive the honorary citizenship and to celebrate the one hundred Piedmontese cities that in Autumn 2016 opened their doors to the Slow Food representatives for the first open-air Salone del Gusto.

Claudio Martano, the Mayor of Chieri, has invited Carlo Petrini and his colleagues who have committed themselves to creating the reception network that made the record breaking event possible last September. “We have decided to give you the honorary citizenship for your social and cultural commitment in the area of food and defence of the territory”, explains Martano. There were almost forty local administrators, among mayors and council members, who celebrated Petrini on that special day. The council member for Trade of the City of Turin, Alberto Scacco, who has believed a lot in Salone del Gusto, says that: “If we arranged meetings according to politics, we would never find a day that is right for everyone”. “Some mayors and council members aren’t here today because they are on the ballot, others because they haven’t been re-elected or they have just been elected”, jokes Petrini to explain why there are so many absents.

However, the theorist of “good, clean and right food” raises the bar, as always. “For the next Salone del Gusto, there must be at least 110 cities in Piedmont that will host the representatives. The hospitality you gave is very important, especially for those who organized the event, but this is an important life experience for the Piedmontese as well. This is why I tell you that we must claim Piedmont’s hospitality ability which is bigger than what we are told”.

In fact, not only local administrators (of Bra, Cavallermaggiore, Capriglio, Pecetto, Villanova d’Asti) will take part in the event, but also a large group of representatives of those hundreds of families that in September opened up the doors of their houses to accommodate representatives coming from all over the world. “We found out that there was this opportunity on the website of the town hall. We have for children and, in agreement with them, we decided to try this experience”, says Maura Tosco from Chieri. “We accommodated five representatives of the Brazilian group of representatives, who came from different areas of the country. For example, there was a girl who protects the biodiversity of the Amazon Rainforest, a representative of Slow Food and a farmer. And thanks to them I learned that I should have a different relation with time and not to depend so much on it”.

Mr and Mrs Bovero, from Pecetto, accommodated a Brazilian boy who has always kept in contact with them since September. They say that: “His name is Remy and at least once a month we send emails. In the next few months he will be in Germany with his girlfriend and he told us that he will come and see us again with her”. However, the exchange of skills and experiences, between those who accommodate people and the visitors, will be institutionalised from the next Terra Madre Salone del Gusto event. Petrini says that: “Every host city will be the location of the widespread teaching of this big University of Earth. Only in this way we can value food and farmers”. Roberto Burdese, the man who makes Petrini’s dreams come true and who is already working on the next Salone del Gusto, says: “During the first months of 2018 we will meet all of you in order to make the creation of the next Salone del Gusto start and to begin to organize this new project”.