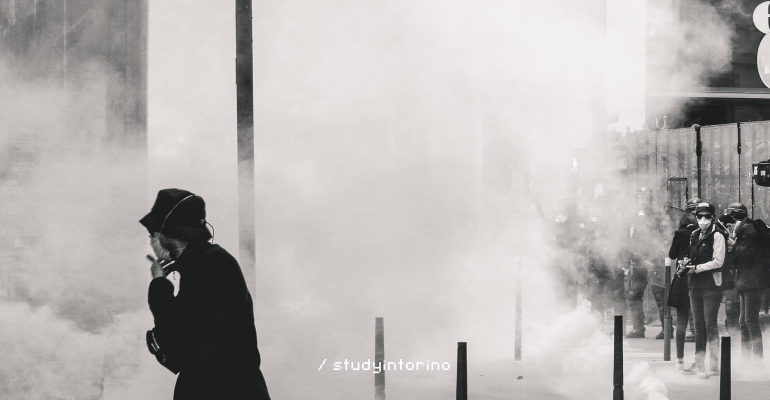 This morning at the Politecnico di Torino the first graduates in the &quot;Climate Change&quot; orientation of the master’s degree course in Environmental and Territorial Engineering were announced. The first one is Vittorio Giordano, former graduate of the first level at the Politecnico di Torino, who discussed
a thesis on the future prospects of the water footprint of crops in the African continent, with the support as supervisors of engineer Marta Tuninetti and Professor Francesco Laio, currently Director of the Department of Environmental, Land and Infrastructure Engineering (DIATI) of the University.
The second one to be proclaimed is Yara Hammoud, a student from the Lebanese American
University, who discussed a thesis on the modeling of the role of the cryosphere in the definition of the
ground temperature in the Alpine area characterized by permafrost. Her supervisors were Professor
Jost von Hardenberg and two external supervisors from ARPA Piemonte, Dr. Christian Ronchi and Dr.
Luca Paro.

The master&#39;s degree course in Engineering for the Environment and the Territory of the
Politecnico di Torino trains future engineers able to address environmental challenges involving the
interaction between natural components (air, water, soil, biosphere) and humans and to develop
sustainable solutions for human activities. From the academic year 2019/2020, alongside the existing
orientations in Environmental Protection, Natural Hazards and Civil Protection and Geo-Engineering, a
new orientation dedicated to &Change&quot; has been activated. The orientation, is entirely
offered in English, thus becoming the first engineering course in Europe dedicated to climate change,
with the aim of preparing a new generation of environmental engineers capable of responding to the
environmental and social challenges arising from climate change, and to seize the opportunities of the
future labor market.
&quot;Improving the quantity and quality of agricultural production, ensuring sustainable adaptation to climate
change, is one of the major global challenges to facilitate the ecological transition – explains engineer
Marta Tuninetti with reference to Giordano&#39;s thesis. While, in relation to Hammoud&#39;s thesis,
Professor Jost von Hardenberg notes, &quot;Permafrost degradation represents one of the most significant
impacts in the Alpine area of ongoing climate change, and numerical snowpack modeling represents a
fundamental tool for understanding the phenomenon and developing future scenario projections.