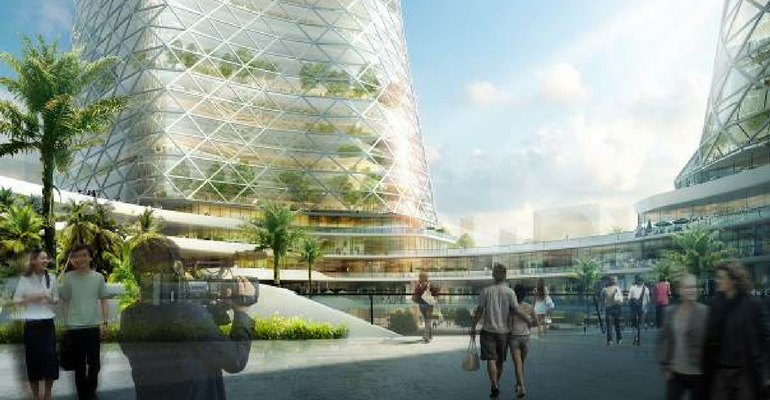 The Turin Polytech (Politecnico di Torino) was in charge of the Italian stand at the Shenzhen Design Week, the most important event about design organised in China, of which, this year, Italy was the guest of honour. The Municipality of Turin was present at the opening

The Shenzhen Design Week of this year came as an Italian edition, with a significant presence of the city of Turin. The exposition, entirely devoted to design, took place from 20th to 30th of April in the Chinese city internationally recognised as capital of design and innovation and twinned with the city of Turin.

After all, Turin was promoted as World Design Capital already in 2008 and, in 2014, was the only Italian city to be included in the UNESCO Creative Cities Network, to which belong 26 cities worldwide, like Berlin, Saint-Étienne, Helsinki, Montreal, Shanghai and Singapore. All these cities are committed to developing and exchanging competences at an international level with the aim of strengthen the participation in design issues.

Far from being merely a strategic means for urban policies configuration, design is for Turin one of the keys for economic and social development, in close connection with the values of sustainability and decision-sharing, which have become pivotal for creating new opportunities of economic and social growth. That was the reason of the turinese institutional presence in the Asiatic city.

At its second edition, the Sherzhen Design Week is considered one of the most important events about design organised in China and this year Italy has been the guest of honour.

The Italian participation has been developed throughout the whole week through conferences, seminars and workshops that took place in the about 1300m2-large Italian stand. The setting up has been designed by the Italian Designers Association (IDA) and the Department of Architecture and Design of the Turin Polytech and can be visited up to the 4th of May.

The activity has been carried out through the base that was opened in this area by the  Polytech in 2015, the “South China- Torino Collaboration Lab”, born out of the collaboration between the Polytech with the prestigious South China University of Technology (SCUT).

From micro to macro: Italian designers in the South of China

The project which has been brought to China this year illustrated the project of a spoon as well as those of contemporary cities. The stand wanted to offer a completely Italian perspective of design, aiming at improving the projects of micro objects which could be interactive and inserted in a wider system. The projects, all made by Italian designers, have been developed according to different scales and are divided into four categories: Object & Fashion, Interiors & Furniture, Architecture and Urban & Territorial Planning.

Moreover, the event aimed at emphasising the significant presence of Italian designers in China.

The stand and the event have been opened by the Italian Ambassador in China Ettore Sequi , with the presence of Marco Giusta, president of the GAI (Italian Young Artists), Councillor for Policies of Support to Turin University City and  for Youth Policy of the Municipality of Turin, twinned with the city of Shenzhen and of Emilio Agagliati, Director of the Culture Department of the City of Turin.

The Turin Polytech has been represented by Michele Bonino, delegate of the Dean for Relationships with China and by Paolo Mellano, Director of the Department of Architecture and Design.

The 22nd of April, took place the Italian day, a day devoted to a reflection about Italian design and its relationships with China: organised by the Polytech of Turin, the event involved also Ole Bouman, a worldwide famous architecture and design critic.

The close cooperation between Turin and China has been also underlined by the Italian day of Research, which took place at the South China University of Technology of Guangzhou.

At the Wushan Campus, the Turin Polytech and the ScUT-South China University of Technology signed the Letter of Intentions for a new Co-Run Program in Urban Desig,

Supported by the Chinese Ministry of Education.

It is anticipated that the second edition of “Torino Design of the City 2018 –  Verso una città accessibile (towards an accessible city” will took place in Turin from the 12th to the 21st October. The international event counted last year by 113 appointments, 53 locations in the whole city, 60 speakers from 40 different countries, 170 delegates of the