Six Characters in Search of an Author – Archive Alive Teatro 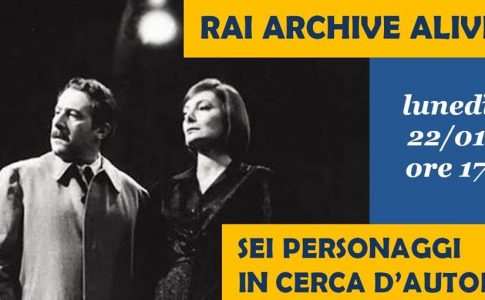 On the occasion of the play “Six Characters in Search of an Author” directed by Luca De Fusco, on stage at the Teatro Astra from 24 to 28 January 2018, the television edition of the play of Luigi Pirandello is proposed. Selected by the Archivio Rai and interpreted by the Compagnia dei Giovani of Giorgio de Lullo, was broadcasted in 1965.

The recording is preceded by a testimony of Romolo Valli, interviewed by Mario Raimondo, about the importance of a television production to recreate the link between stage and empty parterre which is present in Pirandello’s play.