Home/News/Graduates: employed but at what price?

Graduates: employed but at what price? 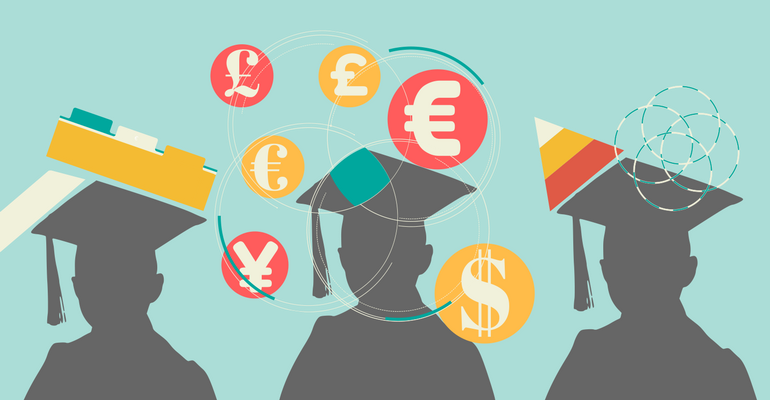 Okay, graduates work, but at what price? AlmaLaurea, the interacademic group which carries out statistics and tries to make offer meet demand through the publication of the CVs of just graduate students and of the job place offered by companies, found out that graduates are employed, but they remain poor.

The last survey, which has involved 71 Universities and 620 thousand graduates from 2011 onwards, produced the following data: three years after graduation, the employment rate is 82% for those with a five-year degree and 83% for those with a two-year one. However, data regarding the remuneration graduates earn a year after having been employed are not so positive: 1.110 euro net monthly. Five years after graduation, wages increase but remain inferior to 1.400 euro net monthly.

But what is the situation in Piedmont like? The picture that emerges from the data published by the newspaper L’Espresso about the situation of young people a year after graduation does not look very good. The situation of the six sectors in which appear data about Universities of Piedmont is the following:

For three-year and master degrees (not single-cycled ones) in legal sciences and services, the percentage of employed graduates is 26,3% of the total, with an average wage of 965 euro monthly.

In Turin, 86% of graduates in this discipline are employed a year after degree and earn an average wage of 1239 euro.

The University of Eastern Piedmont has the same percentage of employed graduates but with a slightly inferior wage of 1090 euro monthly.

The University in Vercelli records 50% of employed students a year after degree with an average wage of 976 euro.

58.1% of graduates in scientific disciplines at the University of Turin is employed a year after degree, with an average remuneration of 1100 euro monthly.

As regard the University of Collegno, for three-year and master degree, the average employment rate a year after degree is 73,5% with an average retribution of 1128 euro. Worrying data emerges for single-cycled five-year degrees in Veterinary and Agricultural Sciences: the employment rate is 69.2% with a wage of only 774 euro monthly.