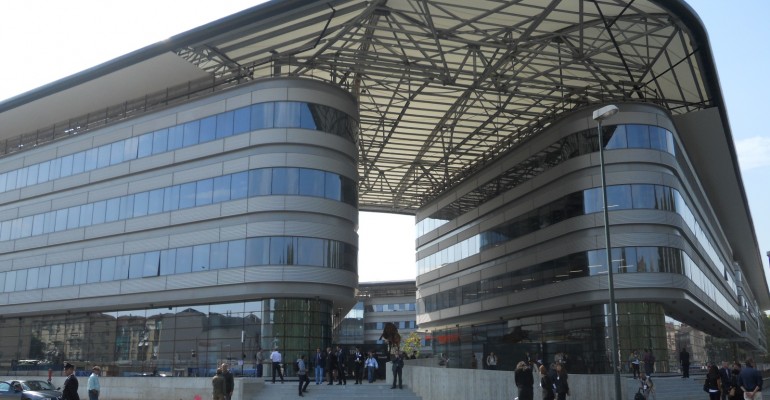 The centre Arnold-Regge for algebra, geometry and physics was inaugurated on February 27th. It is an advanced laboratory for all the advanced scientific studies in the fields of theoretical physics and mathematics, which wants to attract many young talents.

This centre is dedicated to Tullio Regge, a famous physicist and mathematician of the University of Turin, and to the Russian mathematician Vladimir Arnold: two great personalities who made an important contribution to algebra, geometry and physics, and who influenced the following generations, too.

The study of theoretical physics and mathematics is the basis of the development of applied sciences in the fields of chemistry and biochemistry, civil engineering, electronic engineering, informatics, astronomy and geology.

Tullio Regge was born in 1931 and studied at the University of Turin, where he afterwards taught. In 1963 he became a member of the Princeton University, where he stayed for about 20 years. He spent the last 30 years of his life in Turin, before in the University and then at Politecnico. He was an important personality for Italy and Europe, and was also part of the Parliament during a whole legislature.

Vladimir Arnold was a Russian mathematician who spent the last 30 years of his life in France. Both Arnold and Regge awarded important prizes, among them the Heineman Prize for Mathematical Physics (Regge got it in 1964 and Arnold in 2001).

The centre Arnold Regge was created as a new research centre where scientists and young recipients of scholarship (after their doctorate) can work together on physics and mathematics to encourage the exchange between scientists from Italy, Russia and many other countries, who work in the field of algebra, geometry and theoretical physics. Another objective is to promote the scientific collaboration, to organise workshops and conferences and to attract international visiting professors and young talented scientists to Turin.

In the working team there are highly qualified scientists, 5 researchers who have finished their doctorate and awarded a two-year scholarship and 12 experts from the University of Turin, the University of Eastern Piedmont, Politecnico and INFN.

The activities of this centre start in September-October 2017 and are supported by private citizens who are particularly sensitive in front of the theme of scientific, cultural and economic development: this is a particular feature for this centre, which deals with theoretical studies and not with applied sciences.

The influence of Tullio Regge in Piedmont in the field of physics and mathematics led to the creation of a strong group working on algebra, geometry and theoretical physics. This group is part of an internationally acknowledged School for Advanced Studies, which deals with Supergravity, Superstring Theory, Cosmology, black holes, relationship between Gauge and Gravity, Quantum Theories which can be integrated.

The University of Turin has collaborated with Russia since 1970s. Tullio Regge was well-known in Russia and visited that country many times.

The Aula Magna of the Physics campus of the university is dedicated to Tullio Regge; on March 1st the work is moved to Alessandria, at the University of Eastern Piedmont; the workshop about the themes the centre is about finishes on March 2nd with an open lesson of Eugenio Coccia at Teatro Colosseo of Turin.