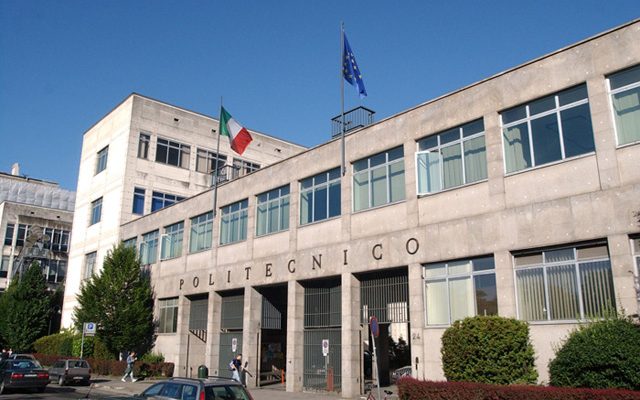 Within a couple of weeks the Polytechnic of Turin will place an order for its four new prefabricated lecture rooms that will have 220 seats each and will be put in the current car park that divides the campus from the new university residence “Carlo Mollino”, on the corner of Corso Castelfidardo and Corso Peschiera. These new lecture rooms will be very important because they will contribute to solving the overcrowding problems of the Polytechnic. In addition, Romano Borchiellini, the deputy director of the construction industry of the Polytechnic, says that the lecture rooms will also “Comply with all the standards of the existing lecture rooms, in terms of safety, acoustics and comfort”.

The Polytechnic of Turin has designed the new lecture rooms by itself, in order to speed up the process. As we can see from the first renderings that have been made, the four new lecture rooms will form a dark parallelepiped, whose top will be made of a metal twine that will give more movement to the building. In addition, since it will be a prefabricated structure, it won’t have the foundations but it will lay on a big slab. The internal areas will be on an even plane, with a shoulder part at the end, and they will have everything they need for teaching.

Borchiellini explains that: “We call them temporary lecture rooms, but they actually have to meet restrictions that are similar to the ones of the other areas of our university”. The aim is to build a good-quality building, able to last for a long time. The deputy director adds that: “On the basis of the masterplan that we are preparing, within 5-6 years these lecture rooms will be probably “obsolete”. However, on the basis of the way they have been designed, they could be used for ten years”.

The budget approved by the board of directors of the Polytechnic is four million euros. The tendering process will start by mid-July and the four new lecture rooms should be completed before March 2018 (provided that there aren’t administrative reviews).

In the meanwhile, there’s a plan for the beginning of other two building sites inside the Polytechnic Citadel: one of them is related to the improvement of the General Motors headquarters, that was announced a year ago. In March, General Motors sold Opel to the French of Psa and the sale kept the Turinese workers with bated breath for some days. In the end, the building in Corso Castelfidardo remained to the Americans and so the improvement can continue. In this case, the tendering process should start in Autumn. The other construction improvement is related to the so-called “R Lecture Rooms”, which are the ones that will be built in Via Carlo Boggio and Via Borsellino. The original plan had been stopped by the government department responsible for the environment and architectural buildings because it planned to knock down a part of a wall of the former OGR (Officine Grandi Riparazioni) which is considered “of monumental interest”. As a consequence, the improvement has been re-planned and re-approved, so over the next few months also this part of the Polytechnic will start its own transformation.